Week two of the Indiana high school football season has all the story-lines you could ask for. Whether it’s a heated rivalry, the team destined for redemption or the fact there will be two Mr. Football frontrunners facing off. This is arguably one of the most exciting weeks of the season. 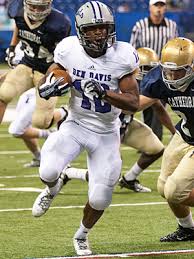 OUTLOOK
The Week 2 “Game of the Week” features two opposing players considered frontrunners for the coveted Mr. Football and both are Michigan Wolverine recruits in the class of 2016. Expect another high octane scoring chess match between Avon and Ben Davis.  Last week the two top 5 programs had a combined score of 104 points. Defensively, both squads held their opponents to zero points. Look for Avon’s quarterback Brandon Peters to move the ball around effectively. He has plenty of targets and guys with playmaking ability. Although a star is emerging for the Giants in receiver Zion Blow. Ben Davis will need to depend heavily on all-purpose back Chris Evans to carry them to victory. The team who has the ball last will likely win this one. This could be just a warmup for postseason play in sectional 5.
WINNER: BEN DAVIS 35-31