The rich get richer and as usual in Cathedral’s case, the cupboard is never bare. Roman Purcell a transfer from St. Peter’s prep in New Jersey , joined the Irish and has adjusted quickly to things in Indiana. In part, his family is originally from the Brookville area in Southern Indiana. His father played at Notre Dame. The move back to Indiana was done in order to be close to a family member who became ill. He also credits his easy adjustment to having a “great senior class” and coaching staff. 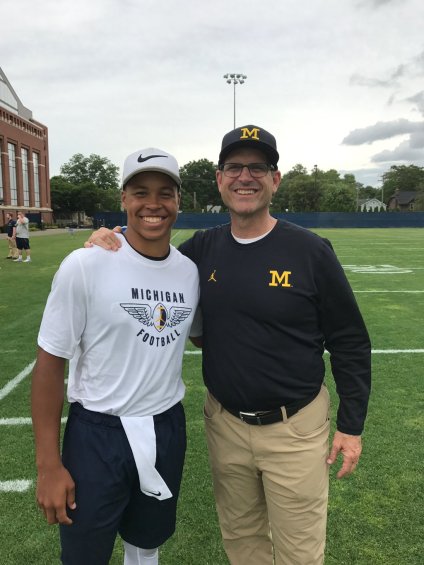 Purcell is a rising talent and college coaches are taking notice of the 2020 gunslinger. On the camp trail this Summer, Purcell has been able to display his skill set and has already obtained quite a few offers because of it. He attended Kentucky’s Friday Night Lights camp and walked away with his first SEC offer. He now holds offers from UK, TCU, CMU, Jackson State and Tuskegee. Purcell is currently hearing a lot from Pitt, VA Tech, Clemson, LSU, Texas, NC State, Michigan State and has been told that he is a key target for Michigan, Alabama and Minnesota. He will camp at Penn State (Sunday), Texas (July 21), Sam Houston Satellite camp: Michigan, Baylor, Houston, Texas Tech, Arizona State, Rice (July 22).

All eyes are on the Irish this Fall as they try to capture their 13th state championship. With a loaded roster, adding Purcell to the mix, makes the Irish the clear favorite in class 5A.